We shall leave this world as foolish and as wicked as we found it when we arrived. 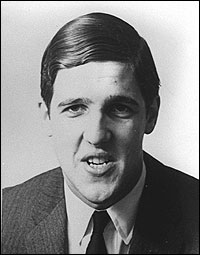 Kerry was the intellectual, he and his promised. But his grades at Yale were no better than Bush’s, and some would argue worse.

Why does the left continue to hold themselves out as intellectuals when they spend so much time wrapped in deceit, and have no ability to grasp reason? Oh well, it could be…

This item is closed, it's not possible to add new comments to it or to vote on it